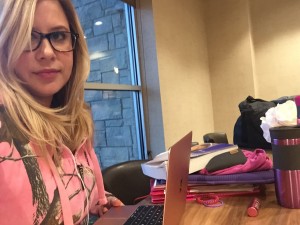 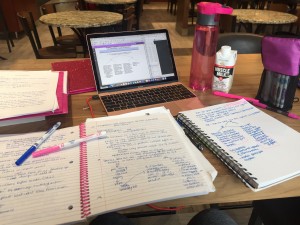 Note: this post was written in two parts. The first part is mid crisis. The second part is three weeks after. I share this to let all bar takers know that they are not alone. Whether it’s your first state bar or subsequent states, we all go through the same thing. I am studying for my second state, three years after my first bar.

I am sitting here crying into my bar exam practice book because I have been doing questions for 2.5 hours and have gotten very very very few correct.

So I was thinking how the fuck do I keep going with something that just keeps getting worse and worse as I go? I don’t even know if I am on the right track anymore or if this is what the universe wants me to do because I am doing so badly. Is that a sign to stop? Is it a sign to keep going? I don’t fucking know. I don’t fucking know anything at the moment, as clearly evidenced by my millions of wrong answers in a row.

I just want to shut down and stop. Then I thought, maybe if I write about it at least maybe I will stop sobbing for two minutes.

What would I tell someone ELSE who was going through this?

Keep going. Every wrong answer brings you closer to a right one. How cliche. But it’s all I’ve got.

Just learn from the wrong ones and don’t tally up how many you get wrong or right because it doesn’t matter. Really? How the fuck do I NOT count up my score? At this point I am not even guessing when I don’t know and going to the answers. I am not sure if it’s a strategy but sometimes it’s the only thing that keeps me going.

This is not an indicator of how smart/successful/how good of a lawyer you are. At least I know I already passed ONE bar. But still it feels like I am really dumb at the moment.

Do something else productive that you like. This seems like a good one until I think about how shitty I feel about EVERYTHING and how bad I feel at EVERYTHING. I know the bar isn’t EVERYTHING but the other things I am good at are tied into my law practice so it is hard to differentiate for me.

Say a prayer for help. Yep. After doing this, I came up with the genius idea to write this post. Maybe this brief respite helped. I dunno. Ask me later.

*********
Looking back on this post three weeks later, it’s obvious that I needed to step away. I proceeded to call my boyfriend who is an angel at helping me though crisis. He reminded me that breaks are good and I have had too much and I need to just stop and it is ok to just stop. I was questioning everything from why I became a lawyer to the meaning of life, and I indeed needed to stop everything.

The bar exam fucks with your head and your heart. Expect it. Accept it. Move through it.

So then I went for a hard run. I had so much pent up emotional energy that I probably ran my hardest ever. Like, my hips were hurting for days after that.

I was really scared to start studying again because I did not want to see wrong answers again. I was scared I would still be at the same place.

So I took TWO days off!

And then I sat back down and I was ok. I was going to be OK. I slowly started doing questions again, basically with one eye closed since I didn’t want to look in case I was still doing badly.

But I was doing OK.

So then I kept going.