A wonderful human I know in Australia died several weeks ago. He had a heart attack. He had just posted on Facebook the day before about some binders he had just gotten for a case he was working on. He was a family lawyer. Perhaps the most genuine lawyer I have ever met. 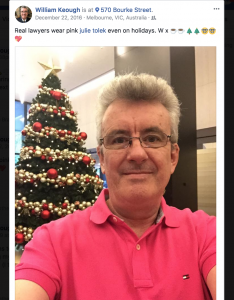 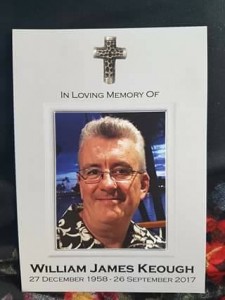 I’ve wanted to write this post for a while but as I write I am at a loss for words. I want to dedicate my presentation tomorrow at the “Jump-start Your Law Practice” conference to him, William Keough, and his loving family in Australia.

I cried when I found out about his passing. I cried hard, harder than when I cried for a former employer who lost his long time battle to cancer. I knew my employer better and for a longer time. I wondered if it was weird that I was more upset about Bill’s passing than my former employer, especially since Bill was someone I met online, whom I had never met in person.

The thing is, Bill’s passion and love for life, his family, and his work, transcended all forms of media and communication. If you knew Bill in any capacity, you felt it. You felt his soul and his spirit.

I just went back to listen to the two voicemails William left me last year. One was to say hello and let me know that he really did exist, since all of our interaction had been on Facebook. The other voicemail was to wish me (actually to wish Think Pink Law) happy 3rd birthday. Hip, hip, hooray! came his voice, booming with excitement in his Aussie accent.

And that was William. Always positive. Always there to put things into perspective. Ever passionate about the law, his wife, his son…about life. And about people.

We did actually speak on the phone once. It may have been while I was studying for the Florida bar. All I remember is that it was a time of stress for me. I remember I was driving when we talked. I don’t remember who called whom. I wish I did remember. I was driving home and I parked and we still kept talking for a few minutes. Words of wisdom from Bill about how things will be OK no matter what.

I never got a chance to hear the full story about how he started his solo practice, but he would always say we had similar paths.

We often talked about being lawyers for real people, human lawyers, and making those lasting connections with people. He told me how negotiating family law cases at coffee shops was not an uncommon practice for him. We spoke about doing a project about this together.

I really don’t remember how we met on social media. When I saw the Facebook post about his death, I thought this was a sick joke. I thought, no, no, his account must be hacked.

It is so surreal and, at the same time, beautiful, to see all the memories and words of kindness William’s friends from all over the world have posted on his Facebook page. He was, in the truest sense, a gentleman, a family man…a man driven by doing good in this world.

Bill my dear friend, fair winds and following seas. Love to Elli and Alex. Bill, I hope you are having lots of coffees, building ships, and smiling down upon all of us. I am honored and humbled to have been a small part of your journey. I think of you often, my friend. One of your coffee photos you posted on Facebook and tagged me in last year came up in my memories recently. I miss your wisdom. I will do my best to carry it on. 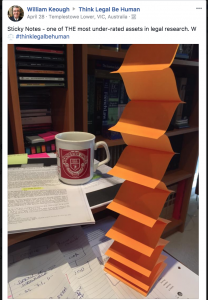 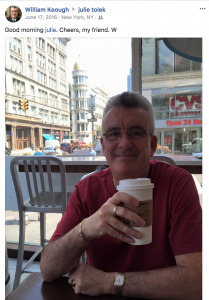